The Patriots and the Ravens both took tough losses last week. One losing unexpectedly and the other losing in heart-breaking fashion. But this week is a new week and both are looking to get that bad taste out of their mouths. And what better way to do that than a rematch of last year’s AFC Championship game. 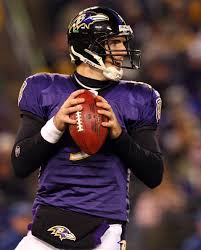 The Ravens have long been known as an offensive unit that will pound you into submission. Well this year, the Ravens have taken a different approach. Ray Rice is still the bell cow of the offense, but Joe Flacco is starting to take ownership of this team. A big change in the Ravens’ offensive philosophy is the tempo this year. The speed of which they play has picked up and seems to have helped Flacco become more comfortable offensively. In this game, expect the Ravens to keep the offensive tempo up, but they must get Ray Rice involved and active. The going will be be tough for Rice in the running game due to the presence of defensive tackle Vince Wilfork aka The Immovable Object. Expect the Ravens to attempt to run the football with Rice and also to get him involved in the passing game as well. Another big thing to watch will be the big plays in the passing game. Flacco has been testing defenses more with his arm this year, so expect guys like wide receiver Torrey Smith to test the Patriots secondary. Another guy to look for offensively will be Ravens tight end Denis Pitta. He will definitely test the Patriots safety combination of Steve Gregory and Patrick Chung. For the Patriots to be successful against this offense, they must not allow the Ravens to be able to dictacte to them. Getting the Ravens in second-and-long/third-and-long situations will help make things easier for the Patriots to control the Ravens. Another thing that it will allow the Patriots to do is unleash their newest toy, defensive end Chandler Jones. If he is able to pin his ears back and rush the quarterback, then it could be a long day for Flacco.

Tom Brady and the Patriots offense didn’t get it done last weekend. One thing that hurt them is the loss of tight end Aaron Hernandez early in last week’s game due to an ankle injury. To cope with that loss, expect the Patriots to go with more three-wide receiver sets. And with Brandon Lloyd being questionable for this game, there could be a chance that we see some more of Wes Welker and potentially the newly re-signed Deion Branch. Another thing that has been new for the Patriots offense has been the running game. The Patriots must at least attempt to run the football against this vaunted Ravens defensive front seven, led by defensive tackle Haloti Ngata and the ageless one, linebacker Ray Lewis. The more they attempt to run, the more the Patriots will throw the Ravens off pace. When Brady puts the ball up in the air, he definitely will be looking for his All-Pro tight end, Rob Gronkowski. Gronk, as the call him, is a matchup nightmare for any secondary in the NFL with his size and ability. But Brady must be careful not to stare down Gronk because lurking in the Ravens secondary is future Hall of Famer Ed Reed. The ball-hawking safety can change the game instantly with his ability to make plays. The best way that Brady can contain him is to be deceptive with his eyes while setting up his offense for success. For the Ravens to be successful in this game, they must get a consistent pass rush. They must have someone step up and be that terror rushing the passer that outside linebacker/defensive end Terrell Suggs was last year. Brady seems to be at his worst when he is facing consistent pressure. Rookie Courtney Upshaw is solid against the run, but he definitely is not that guy so far in his career. Look for defensive lineman Purnell McPhee and outside linebacker Paul Krueger to be the guys that apply the pressure defensively. Another big thing to watch will be the play of the Ravens cornerbacks when the Patriots spread them out. Second-year cornerback Jimmy Smith has been targeted by teams so far this year and he will definitely be a guy that Brady will have in his sights.

Expect this game to be physical in the trenches. The key things to watch will be who wins those battles and who is able to get to the quarterback and cause more problems. I think that the Patriots will hang in there to start the game, but eventually the Ravens and their physical nature will take over the game. And unlike last year, the Ravens will make the plays down the stretch to win. 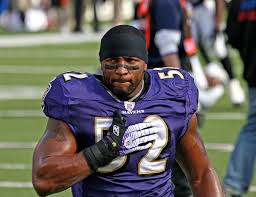 *All Pictures courtesy of Google Images*