The NFL season has gotten off to a tremendous start and the Sunday night football game will not be anything short of fantastic. The Pittsburgh Steelers will be returning to the scene where their 2011 season ended, Investo Field in Denver. But instead of seeing Tebow throwing passes and running around, the Stellers will be looking at Payton Manning as the captain of the Broncos’ ship. But what will happen when these two teams collide in Denver.

When the Steelers come out offensively, there will undoubtedly be a different feel about this team. Out went offensive coordinator Bruce Arians and in comes former Kansas City Chiefs head coach Todd Haley as the new offensive coordinator. Haley was the offensive coordinator when the Arizona Cardinals went to the Super Bowl, so he is no stranger to success at that position. Look for the Steelers to put the ball in the air more under Haley’s guidance. But along with the bigger emphasis on throwing the ball in the Steel City, there comes issues. Big Ben has notoriously been known to hold the ball a little bit longer than he needs to. And with that has come more sacks of him over the years. For him to be successful in this opener versus the Broncos, he must get rid of the ball quickly because defensive playmakers like Elvis Dummervil and Von Miller. These two can change a game quickly with their pass-rushing ability. Haley, for this game at least, must come out and go against what he likes to do. He must come out and run the ball some to keep the Broncos defense off guard. Big Ben must also be aware of where veteran cornerback Champ Bailey is at all times. Despite his age, he can still make plays. 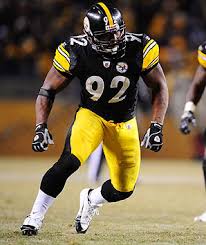 The Steel Curtain defense is coming in a little banged up this game. They will be missing safety Ryan Clark due to health related reasons and linebacker James Harrison will be missing the game due to a knee injury. With him out, outside linebacker Lamar Woodley and safety Troy Polamalu will now be the focus of the Broncos protection schemes. It will be very important that the Broncos offensive line identify the stunts and different looks that the Steelers can bring and it will also be important for them to find Woodely and Polamalu at all times. If they do not, then Broncos quarterback Peyton Manning will be telling them how many stars are in the sky all game. If Peyton is afforded some time, it could be some trouble for the Steelers. Ike Taylor, despite being a physical corner, has not really ever been noted as a great cover corner. I am sure he remembers the last time he was there in Denver when wide receiver Damaryius Thomas was racing past him for the winning score. This time around, he better be dialed in even more because Peyton is back there. I think that for the Broncos, establishing running back Willis McGahee will be key. If he is able to run the football, then Peyton will be afforded the time to use those seductive play-action fakes to make big plays to the aforementioned Thomas and wide receiver Eric Decker. 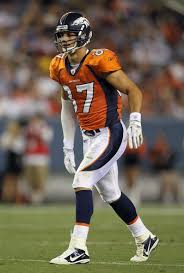 I belive the emotion of the game and the return of Peyton will bring tons of energy to this game. I believe the Steelers will match the energy in Denver, but in the end, I believe I trust the Broncos offensive line more than I do the Steelers offensive line. And these two units will decide the game. Edge: Broncos

Who you going with this week? The Steelers or the Broncos?

One Thought to “Sunday Night Showcase”