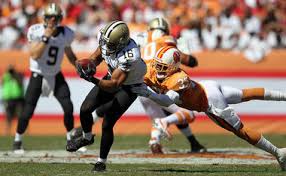 The New Orleans Saints have seemingly found their way offensively. They have put up 30+ points in back-to-back wins and they head to Denver to try and continue their offensive assault in the Mile High City. The Broncos are coming off a huge comeback against division rival San Diego Chargers. The Broncos, like the Saints, have seemingly found their offensive rhythm as well. Two Hall Of Fame quarterbacks meeting up on primetime for a potential offensive explosion. But which quarterback will come out wih the win.

The New Orleans Saints offense begins and ends with quarterback Drew Brees. He has been spectacular in the last few games and he has needed to be. Their defense has not stopped anyone. In this game, expect Brees to come out aggressive as usual. He may be down one weapon(Tight end Jimmy Graham is questionable with an ankle injury), but he will still have plenty of people on the field to test this Denver defense. Saints wide receivers Lance Moore and Marques Colston have been trouble for opposing secondaries and this week should not be any different. Even with the success the Broncos secondary had last week, they are still susceptible to big plays. They will likely be missing cornerback Tracey Porter again this week due to illness, so besides Champ Bailey, the Broncos will be relatively young and inexperienced in the secondary. Look for the Saints offense to spread out the Broncos to try and expose their lack of depth in the secondary. Expect the Broncos to counter this move by lining up linebacker Von Miller as a pass rusher opposite of defensive end Elvis Dumervil. 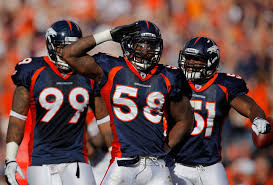 Look for the Broncos to come out and show Brees as many looks as possible. The more different looks you can show him, the more he will be prone to make a mistake. The Broncos must also bring pressure up the middle of the field on Brees. For as great as Brees can be, the fact of the matter is that he is a short quarterback. And in the past, he has had trouble when pressure has been brought directly in his face and throwing lanes aren’t there. As far as the running game of the Saints, it has been non-existent all year long. If the Broncos are able to keep it that way, then the Saints will be a little more predictable. 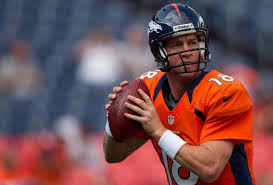 Peyton Manning has been slowly but surely getting up to speed in Denver. Every week he has gotten better and better and it seemed like last week, he was back in stride again. Look for his eyes to be as big as quarters this week as he goes against one of the worst defenses in the NFL. Look for the Broncos to try and remain balanced with the running game, led by veteran Willis McGahee. The more he is able to be effective, the more off-balance the Saints will be. And with the Saints being even more off-balance, look for Peyton to hit targets like wide receivers Eric Decker, Demaryius Thomas and Brandon Stokely as well as tight end Jacob Tamme. If this happens, then the Saints defense will be in a world of trouble, 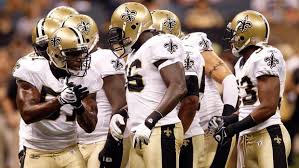 The Saints must get any and everyone involved in trying to bring pressure on Manning. Their front seven has not produced very much at all and going into this game, there is not very much optimism that they will either. Expect the Saints to try and blitz some on Manning. If they are able to get there, then Manning will be disrupted and the Saints will have a chance. If not, then the scoreboard will be lighting up and it will be curtains for the Saints. Another thing the Saints must not do is allow safety Roman Harper to be caught in man-to-man coverage against Jacob Tamme. If he is, then look for Peyton to exploit that matchup. Harper is a good run defender, but he lacks in the coverage department. Safety Malcolm Jenkins will need to provide help over the top of Harper as well as the rest of the defensive secondary.

This game will be mostly about the offenses. Both teams like to sling the ball around all game long. But the difference will be the Broncos running game and their defense. The Broncos should be able to run the ball against the Saints and they should also be able to provide more resistance than the Saints defense will. Mile High will be rocking Sunday night. 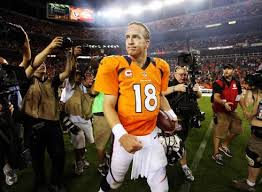