The Houston Texans have been dominating teams all year long. Their physical brand of football has been giving opposing teams fits. This week they head to Soldier Field to take on another physical football team in the Chicago Bears in what should be a great battle of wills.

The Houston Texas offense resembles the same offense that the Denver Broncos had when they won their championships. And just like that offense, everything they do is centered around the run. Arian Foster and Ben Tate have been excellent as a tag team in the Texans backfield all season and they must get it going on the ground. The task for the Bears defense is to stiffle these two on the ground. If they are able to do that, then the Bears will effectively take away the play-action passing game that the Texans like to use so much.

The Texans, even when they aren’t using the play-action pass, are pretty good through the air. Quarterback Matt Schuab has been getting it done despite an unusual year from superstar wide receiver Andre Johnson. Picking up the slack for Johnson has been tight end Owen Daniels. He has been regularly beating coverages all season long. And in Chicago’s Tampa Two defense, expect him to have a few opportunities to make plays between the linebackers and the deep safeties. Linebackers Lance Briggs and Brian Urlacher must make sure to get their depth. In doing so, they will make the window smaller for Schuab to fit passes in to Daniels.

Another thing to watch for is the Texans could split Daniels out in the slot. If that is the case, the Bears will have to make a decision. If Charles “Peanut” Tillman is playing(could miss the game due to the birth of a child), the Bears surely do not want to take him off of Andre Johnson. So do the Bears place linebacker Lance Briggs on Daniels or do they play zone and put nickelback DJ Moore out there in his area. If they put Moore out there and the Texans can catch them with him out there, expect them to exploit Moore as soon as possible. The best way they could help Moore would be if they give him help over the top and to the inside with the linebackers. But if they help too much, look for Johnson to take advantage. He will have a tough matchup against Tillman, provided Tillman plays. The veteran corner of the Bears has made an art out of punching the ball out of opposing player’s hands. Other than that, he has also been very good in coverage against the opposing team’s best receiver. That should be a good matchup to watch. 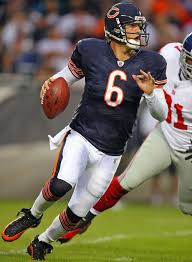 Quarterback Jay Cutler has had a star-crossed career so far. For all the great things that he has done, he has also made some bone-headed decisions with the football. More recently, he has been making smart decisions with the football like getting rid of it when there is no one open. In this game, his decision-making will surely be tested. The Texans defense, led by defensive lineman JJ Watt, has been known to put pressure on opposing quarterbacks. And the Bears line, despite what they have done recently, have not been the most consistent offensive line. If the Bears are to be successful, they must be able to protect Cutler and in turn, Cutler must make smart decisions. More than likely, there will be some pressure on Cutler and when there is, that is when we will see if he has truly turned the corner. 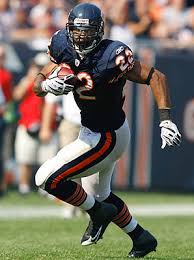 Another way the Bears can protect Cutler is to run the football. Running back Matt Forte has been very good running and receiving this year and in this game, he must be effective. If the Bears are not able to run the football against the Texans, then that means Cutler will be dropping back to pass a lot and that will not be a good thing at all, especially with the likes of Watt and defensive lineman Connor Barwin rushing the passer and ball-hawking cornerback Jonathan Joseph present. If you have the run to mix in with the pass, that will keep the Texans and defensive coordinator Wade Phillips off balance.

As far as the game, the main thing will be who can run the ball better. The Bears should be able to stop the run with the likes of Julius Peppers and crew up front. And that will force the Texans to lose the offensive balance they crave. The Texans, on the other hand, are missing their leader defensively in linebacker Brian Cushing. And with him not there, they are not as stout in stopping the run. Expect the Bears to run right at the Texans to test their ability to stop the run. And eventually, the Bears will wear them down and win this game at home in Chicago.