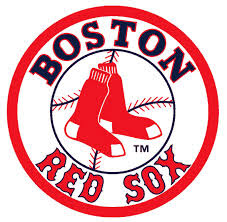 At the beginning of the season, The Boston Red Sox were picked to finish last by many magazines and publications. As the month of April comes to a close, the Red Sox have the best record in baseball at 18-7. The Red Sox also are an MLB best 7-2 on the road this season.
The question is what is the reason for their early success? You can’t answer this with just one answer.
Many questioned the Red Sox decision not to go after a top starting line pitcher in the off-season, but Jon Lester and Clay Buchholz have had career years so far. Both have pitched like aces for a rotation that had trouble finding one consistent pitcher last season.  Lester and Buchholz have a combined record of 9-0, and have only given up 13 earned runs in just a little over 69 innings. Lester and Buchholz aren’t the only pitchers on the Red Sox that have been the key to their success.
Felix Doubront has a 3-0 record for the Red Sox. While his ERA isn’t Greg Maddux like at 4.24, he has been a good inning eater in the rotation. Ryan Dempster has a 1-2 record, but has a 3.30 ERA and had been solid in his starts this season. Pitching is only one component on why the Red Sox have the best record in baseball. Hitting and defense are the others.
Boston is third in MLB in runs with 128. They are also third in team batting average at .272. The team also has an on-base percentage of .347, which is the best in the American League and second in the majors (Colorado has the best at .351).
Daniel Nava, who was expected to be a bench player, has had an excellent start to the season. He has a .310 batting average, with four homeruns and 16 RBIs. Fans might have wanted Jackie Bradley Jr. to win the starting left-field job, but Nava has quickly become a fan favorite.
First baseman Mike Napoli has also performed better than anyone expected. The former catcher from Hollywood, FL is hitting .280, with four homeruns and is second in RBIs with 27. Napoli had questions about his durability entering the season, but he’s produced and looked like an All-Star first baseball so far.
The Boston defense has also been one of the best in baseball.  They have the sixth best fielding percentages (.989) in the majors and nobody on the team has committed more than one error all season. Catcher
David Ross has also been excellent throwing runners out. Ross has thrown out 30 percent of players this season. I thought the signing of Ross was one of the underrated signings for the Red Sox this season and his play is proving that.
The past two Aprils for the Red Sox have gotten off to slow starts. In 2012, they finished April with an 11-11 record and in 2011, their record was 11-15. It’s early, but it’s great to see the Red Sox playing well early in April. If the Red Sox beat Toronto tonight, they will be the fifth team in MLB history with 19 wins in April. Pretty impressive for a team that Sports Illustrated picked to finish last.