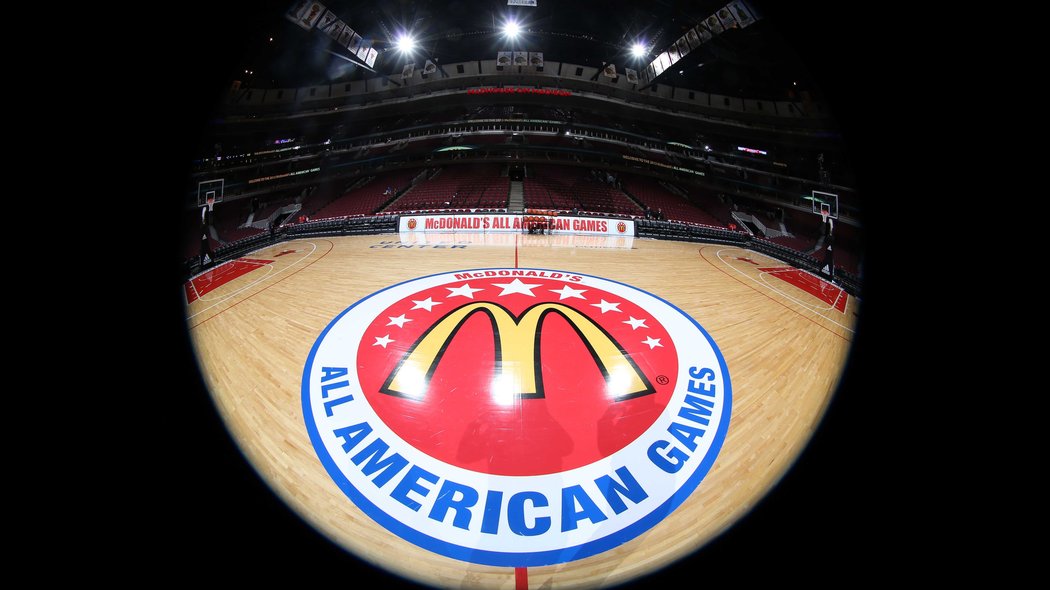 This week an array of scouts, NBA executives and college basketball analysts converged on Chicago to get a look at what many have called the best recruiting class in quite some time.

For a game providing this much talent, I thought the end product wasn’t what it could be, but I did have a few takeaways.

All week Gordon has been impressing observers with his determination and relentless motor.  At one point in the broadcast, analyst Jalen Rose shared a little nugget about Gordon’s work ethic, noting that Gordon begged to stay more than the required time to work on his game as much as he could. Some may call it just another example of perpetuating another narrative about hard work, but I think when you pair the elite talent of Gordon and his desire to be great, encouragement only grows.

Coming into the game, Gordon was known for his Blake Griffin-like dunks and hops. He scored most of his game-high 24 points on spectacular dunks and alley-oops.  Every time I looked up, he was involved in a fast break.

Although he flashed some semblance of a handle, I didn’t really see much evidence that showed which position fits him best in a college or professional setting. He doesn’t have the perimeter skills to be a full-time small forward, which was the same problem that plagued Alex Poythress at Kentucky. He’s listed at 6’8”, but to me he looks to be more 6’6”/7”, so he could find problems finishing against length. He’ll also need to refine his post game to be effective in the half court-oriented game.

Despite some limitations, I believe that Aaron Gordon is one of the best prospects in this class and will have no problem fitting in at Arizona. Between Gordon and Nick Johnson, the Wildcats have a plethora of athleticism. As a fan once said, Sean Miller is the John Calipari of the West Coast.

The N.C. State commit scored 11 points and handed out 4 assists, but I was more impressed by how he played within himself and flashed his impressive quickness. It almost seemed effortless for him to just get by his defender (though not much defense was played to begin with).

I think Barber will beat out Tyler Lewis for the starting job at N.C. State, a program that is losing all five of its starters from last year (they may retain T.J. Warren). The only concerns I have with Barber are his jump shot and naturally trying to do too much. As quick as he is, if he can’t make defenders respect his shot, he’ll confront serious effectiveness problems. With a depleted roster, he may come in and try to take on too much responsibility.  Coach Gottfried would be smart to reign him in slowly and have the upperclassmen show him the ropes.

Wiggins did what I exactly expected him to do. He didn’t separate himself from the competition in this game like Anthony Davis did a few years back, but at this point, he has already shown enough at the high school level and in the AAU circuits.

I did see a couple examples of his trademark blow-by ability and scoring moves. Whenever he goes up, he appears to be on a pogo stick.

It probably isn’t a popular opinion, but I liken Wiggins to a more offensively talented Wes Johnson (Syracuse). They’re of nearly-identical stature, possess great athleticism and will score in similar ways (except Wiggins has a much better handle so he can create more).

The numbers show that Jabari had a bad game in his hometown.  I, on the other hand came away impressed by his versatility. I’ve seen quite a few of his games when he wasn’t himself because of injury. In this game, I noticed more pep in his step and his simple but effective drives (he just couldn’t finish).

In the eyes  of many, Parker may never live up to the hype that was bestowed upon him, but it’s never been overbearing to begin with.  Sure he graced the cover of SI, but that doesn’t mean nearly what it did in the past.  John Wall had more buzz than anyone in this class (rightfully so) and that was before Twitter’s peak.

Showed signs of a great two man game with Andrew manning the point and Aaron playing off of him. They’re both great prospects at their respective positions. I didn’t learn much about them from this game that I hadn’t previously seen from both.

Physical specimen who blends some guard abilities with his brute force down in the post. He’s very mobile and athletic. I would have liked to see him take it on the block a bit more rather than settle for some of the threes he took, but hey, it was an all-star game.  What do you expect?

Impressed me with his smooth game. Didn’t get to see his patented floater, but I expect to enjoy it a ton at Washington.

Strong and athletic and coming to do work at KU.