On a slow day in NBA news, ESPN reported that the NBA is strongly considering a bigger court and the introduction of a 4-point shot. While NBA spokesman Tim Frank downplayed the chances of either idea gaining serious traction, basketball fans have taken the idea and run with it, going as far to speculate on who would be the best 4-point shooter and how this would affect games. Some fans are all for it, while others think it’s a terrible idea. I would swing towards the latter on the spectrum. The 4-point line won’t and shouldn’t happen in the game of basketball. We should leave it to the Harlem Globetrotters and their gimmicky basketball show.

The main reason the idea of a 4-point line is ridiculous is that even 3-point shooting is declining in the game today. The entire league’s percentage from behind the arc has been worse every year since the 2008-2009 season, and the three-point specialist is slowly becoming a dying breed. With all these young players (with a few exceptions) throwing up brick after brick, what makes commissioner Adam Silver and the basketball competition committee think adding a 4-point shot would lead to anything except lower shooting percentages? If they can’t shoot the ball consistently from three, a four-point shot will only make matters worse as they jack up terrible shot attempts to boost their stats. Not to mention what it would do for ” hero ball”  moments late in games. The bad habits will spread to youth trying to be the next Kobe, and the college and high school governing bodies will start to consider this nonsense as well for their leagues. It would be a horrible addition to a league that has enough poor shooters as is.

Secondly, while many people hate late-game fouling and clock management situations, they add some excitement to the game. It means teams must make smarter late-game decisions that would be taken away with this new line. When a team is down by four or five points late in the game, there’s a lot of strategy at that point. If they can score, foul and watch the opposition miss a couple free throws, their offense still has a shot to pull off a big win. The opposition, on the other hand, still feels secure with the lead they have earned throughout the course of the game. If the new line is ever instituted, the team on the losing side of the scoreboard starts to feel hurried and makes some poor decisions. If they’re down four, they see that four point line and immediately jack up a quadruple to try and tie it right then and there, rather than making a quick basket to give their defense a chance. You can’t possibly think J.R. Smith or Jamal Crawford is thinking “quick two” in that scenario. They’re thinking “Let’s tie it right here,” and if a coach can’t rein a guy like that in, he’s out of a job.

Finally, doesn’t the NBA have more important and pressing issues to deal with than tinkering with court dimensions and a new point system? Adam Silver just became commissioner. He needs to focus on his daily duties and  his new routine after taking over for David Stern. Adding a mythical 4-point line should not be a priority right now. I would hope this idea is coming from some GM or lower-ranking league official and not from Silver himself, because he has bigger fish to fry right now.

The National Basketball Association needs to do the smart thing and dismiss the idea of a 4-point play as nothing more than a crazy idea someone had when they were daydreaming. This idea should not be acted upon in any way, especially at this point in time. Let’s leave a 4-point play to the Globetrotters. The NBA is not a gimmick. 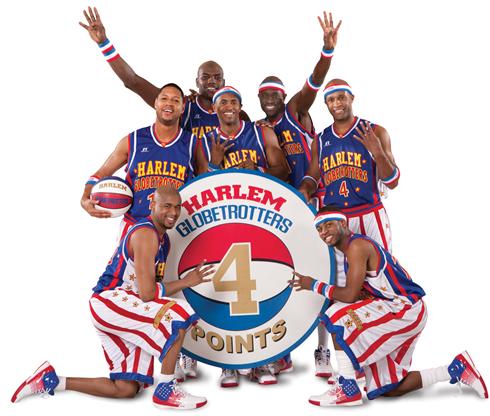