A month ago, the St. Louis Cardinals got the demoralizing news that they would be without the heart and soul of their ballclub for 8-12 weeks when Yadier Molina, the best catcher in the game, tore a thumb ligament. He was hitting .287 with seven home runs and 30 runs batted in when he went down.

Molina is considered by many to be the most indispensable player in baseball. His hitting is one thing, but it’s his defense that gives him that title. From throwing out would-be baserunners to framing pitches (moving his glove after the pitch to convince umpires it was a strike), his performance behind the plate is top-notch, making him a six-time Gold Glove winner. The combination of superior fielding and solid hitting makes him the most valued catcher since Mike Piazza. When the news came out that he was going to the disabled list for an extended period of time in several years, some fans wrote off the Cardinals’ playoff chances. With the stiff competition in both the NL Central and NL Wild Card races, St. Louis was thought to be doomed without their best player.

However, a month later the Cards are still very much in the hunt. In fact, they’re arguably in an even better spot than they were when Molina hit the DL on July 10. That day, St. Louis was 50-43, two games behind the Milwaukee Brewers for first place in the Central division and a half game back in the Wild Card standings. Today, St. Louis has a record of 62-54, still two games behind the Milwaukee Brewers for first in the Central. But this time, they’re tied for the Wild Card lead with Pittsburgh. They have a 63% chance of making the playoffs and are 27-19 against division opponents.

The plain and simple conclusion we can draw to St. Louis’s performance without Yadier Molina is that no single baseball player is indispensable. If the Cards are doing just as well with backup catchers Tony Cruz and A.J. Pierzynski as they were with the best catcher in Major League Baseball, then he wasn’t vital to the team’s playoff chances to begin with. This doesn’t mean that the Cardinals will be frontrunners to win the World Series if Molina’s not behind the plate; in the postseason, the Cards’ talented pitching staff is going to need to work with their most trusted battery mate. However, the redbirds will still make the playoffs even if he has an unforeseen setback and misses the remaining 46 games of the regular season. After all, they’ve already shown they can stay consistent as a team without him.

It’s not just Molina, however. We’ve seen the the scenario time and time again of a team losing one of their most important players, then staying afloat without him. Take Derek Jeter’s injury in 2003 for instance. On Opening Day of the 2003 season, Jeter dislocated his shoulder in a scary collision with Blue Jays catcher Ken Huckaby. Everyone knows what Jeter has meant to the Yankees, and in ’03 he was certainly in the middle of his lengthy prime. He missed 36 games due to the injury, but the Yankees went a league-best 25-11 over that span. Erick Almonte, who filled in for Jeter while he was out, hit a meager .260 with just 11 runs batted in, yet New York had a good enough team to do just fine without him. If Jeter wasn’t indispensable in 2003, what player was? 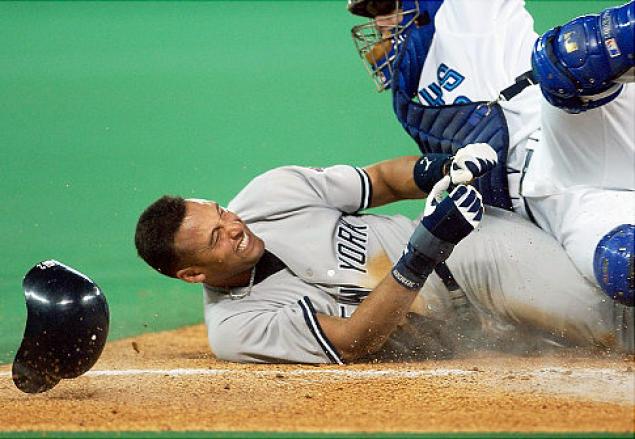 How about the greatest player in the history of the game, Babe Ruth? In the beginning of the 1922 season, Ruth served a suspension for barnstorming (going on the road and playing anywhere with other baseball stars, making a significant amount of money to do so). The Sultan of Swat thought he was above the game, and commissioner Kenesaw Mountain Landis clearly aimed to bring him down. Over the 33 games he missed, the Yankees went 22-11. Like Jeter’s 2003 Yanks, Ruth’s 1922 team ended up going to the World Series, proving that if a team can weather the storm without their most important player, they can still go places that season. 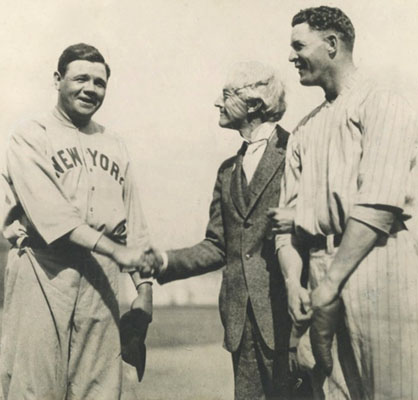 Yadier Molina isn’t in the rarefied air of Jeter or Ruth, but he will join them in the Hall of Fame someday. If future Hall of Famers have proven to be surprisingly dispensable, then it is time to forget about the myth of the indispensable ballplayer. A good team doesn’t crumble when one player goes down; it takes multiple players to get injured for a team to slide down the standings. As long as the rest of the Cardinals stay healthy before Molina gets back, they should be October bound.