The AFC North is known for tough, physical play and grind it out offenses. Well this year, the Bengals and the Steelers have helped flip the script on that thinking. Both teams like to put the ball in the air, so expect fireworks as both of these team meet in the Queen City in their first matchup for the 2012 season. 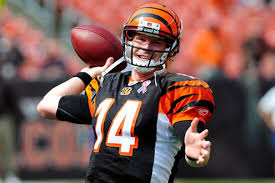 Cincinnati quarterback Andy Dalton has picked up where he left off last season. He has had some good moments, as evidenced by his 12 touchdown passes. But he has also had some bad moments too, with nine interceptions. In this game, Dalton must be better protecting the football. Two things that will help him would be to mix up the play-calling and to have some production out of the running game. That responsibility falls on the offensive coordinator, Jay Gruden, and running back Benjarvis Green-Ellis. “The Law Firm” was brought in to upgrade the Bengals in the run, but instead, he has been average at best (107 carries, 362 yards, 2 touchdowns). Look for him to find the creases this game against a Pittsburgh defense that has been susceptible to the run this year in the early going. If the run game is able to get going, that will allow Gruden to have more flexibility when calling plays and that will keep the Steelers off balance. A good running game could potentially give Dalton and the Bengals more time to get the ball in wide receiver A.J. Green’s hands too. Green will no doubt have the attention of the Steelers defense this week. He is off to a blistering pace (43 receptions, 628 yards, 6 touchdowns) and has been destroying opposing defensive backs. The task of taking on Green will not only fall on the shoulders of Pittsburgh cornerback Ike Taylor, but the entire Pittsburgh secondary. Expect the Bengals to definitely look for big plays in the passing game due to Steelers safety Troy Polamalu being out injured again this week. 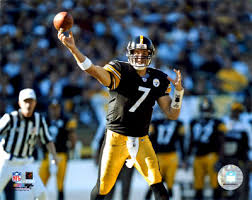 Big Ben has been the saving grace for the Pittsburgh offense. The Steelers have gone away from their traditional grind-it-out offense and have now become a team that is dangerous through the air. In this game, expect the Steelers to use the short passing game to suffice for their struggles in the running game. But of course, you cannot just not run the ball. So, when they do run the football, expect the Steelers to use a running back by committee approach due to their starter, Rashard Mendenhall, being banged up. The key for the Steelers will be to use their advantages: their wide receivers. If they are able to create time for Big Ben to throw, then he and his two speedy wide receivers, Antonio Brown and Mike Wallace can make life hell on the Bengals. One thing to watch for the Bengals will be if they can create a pass rush. So far this year, they have been subpar in that area and in turn, their defensive backs have been exposed at times. With the Steelers offensive line being banged up this game, this would be the perfect time for guys like defensive ends Michael Johnson and Carlos Dunlap to emerge as threats. If no pressure is applied, then Big Ben will be standing back their all day and this contest will not be close.

Expect the Bengals to come out with some energy at home. And with that energy, I look for their defense to come out pumped up as well. The Steelers and Bengals will both make some plays through the air, but the Bengals and Green will make more. And with the better running game, I think they cement this one in the Queen City.