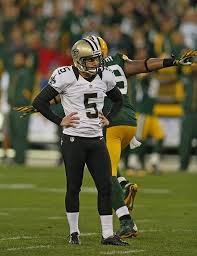 The New Orleans Saints and the San Diego Chargers are two teams that are headed in opposite directions. The Saints invented a new way to lose last week in Green Bay when kicker Garrett Hartley missed a game-winning field goal. The Chargers, on the other hand, beat down the lowly Kansas City Chiefs at Arrowhead Stadium. This week, the Chargers are heading to The Big Easy to take on the Saints and see which team’s luck will change for better or worse. 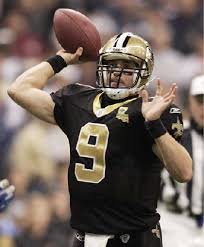 Saints quarterback Drew Brees has been playing below his standards this year. He has throw ten touchdown passes so far, but he has also thrown five interceptions while completing only 57.6% of his passes. In this game, they need Drew to have a flashback to to who he was last year. Along with protecting the football, he must come out and consistenly attack the Chargers in the passing game. Expect Brees to look early and often for his leading receiver, tight end Jimmy Graham. The play-making tight end leads the team in receptions and can cause serious problems for any defense. The matchup between Graham and Chargers safety Eric Weddle should be an interesting one to watch. Besides Graham, wide receiver Lance Moore was one guy that Brees counted on. Against the Chargers, he will be out, so expect Brees to look even more for wide receiver Marques Colston and running back Darren Sproles in Moore’s absence. The passing game, however, will not me the difference in the Saints for this game. The running game has been sputtering along this whole season. For the Saints to have a better chance to win this game, guys like Mark Ingram and Pierre Thomas must be effective on the ground. If they aren’t, then expect Brees to see pressure from guys like Chargers outside linebacker Shaun Phillips all game long. But if they are effective there, then Brees becomes even that more dangerous. A key guy that Brees will have to make sure and identify will be Chargers inside linebacker Donald Butler. He has been one of their best playmakers this season and just seems to make the big play game in and game out. 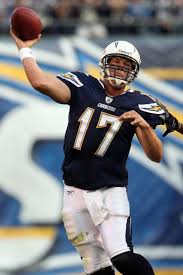 Quarterback Phillip Rivers is trying to rebound from a nightmarish season in 2011. So far, he has six touchdown passes to go along with four interceptions through four games. But on the bright side, he has looked better in the passing game so far this year. In this game, his eyes will be as big as a kid on Christmas as he faces one of the worst defenses in the NFL. Expect Rivers to take advantage of a weak Saints secondary with his tight end. Antonio Gates. Gates, like Saints tight end Jimmy Graham, is a former college basketball player. Expect him to box out Saints safeties Malcolm Jenkins and Roman Harper while he makes big plays down the field. If Gates is able to get loose, then the Saints will have to pay more attention to him. And with more attention potentially going Gates’ way, look for guys like wide receivers Eddie Royal and Malcolm Floyd to get loose early and often. The Chargers have also found themselves a running game this year. Since running back Ryan Matthews has not been healthy this season, former Chiefs running back Jackie Battle has been leading the charge on the ground. Expect him to factor in the gameplan for the Chargers even if he does not start the game. If the Chargers are able to get some balance, expect the state of confusion to continue for Saints defensive coordinator Steve Spagnolo and the Saints defense.

As far as how this game goes, look for the Saints to come out hyped up. Drew Brees will keep his team in the game with his arm and his smarts. But in the end, the newfound balance of the Chargers along with the constant heat that Brees will be facing will cause the Saints to come crashing down. 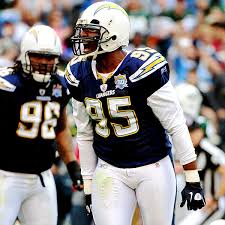