The Green Bay Packers seem to have gotten on a roll since their early season troubles and the infamous “Touchdown/Interception” play in Seattle. The Packers found a way to pull out a win against the Detroit Lions in Motown last week when it counted the most. The Giants, on the other hand, have been struggling the last few games and that has led to their coach, Tom Coughlin, calling them out as being soft. Well, after a bye week, look for the Giants to come out refreshed and with a new attitude going forward as they welcome in the Packers.

Quarterback Aaron Rodgers has more than made up for the absence of wide receiver Greg Jennings by finding guys like wide receivers Jordy Nelson, James Jones and Randall Cobb. These three guys have been very explosive in the passing game and have allowed Aaron Rodgers to exploit defenses like he is accustom to doing. Rodgers must be licking his chops heading into this game versus the Giants because their secondary is pretty bad to say the least. But not only must Rodgers be licking his chops. So must Packers running back James Starks. The young running back has been steadily improving the last few weeks and the Giants have been pretty soft against the run. 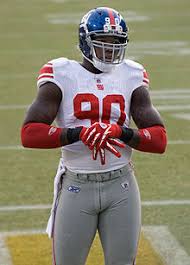 As far as the Packers plan of attack, expect them to test that Giants secondary early and often. And if the Packers are able to run the ball along with passing the ball, then the Giants could be in trouble. For the Giants to be able to stop them, they must make the Packers a one-dimensional team. But even in doing that, the Packers are still dangerous. But at that point, they would at least be predictable. If the defensive line of the Giants can get the Packers frustrated in the running game, they will abandon it pretty quickly and go strictly to the passing game. And with that, the Giants will be able to unleash pass rushers like defensive ends Justin Tuck and Jason Pierre-Paul. And with those guys coming after the quarterback, the Giants secondary will not have to cover for as long a time and therefore will have less time to be exposed.

Eli Manning has been one of the most clutch quarterbacks we have seen in recent history. But even with that, he has been struggling the last few games. Bad decisions and passes have plenty of people questioning him again. After a bye week, Eli should be rested up and ready to handle business against the Packers defense. Look for the Giants to set up Eli with the running game to start off with. And then after the running back crew gets going, Eli should be able to get the ball in the hands of receivers Hakeem Nicks and Victor Cruz. And when these two guys get going in the passing game, it’s a problem for the Packers. 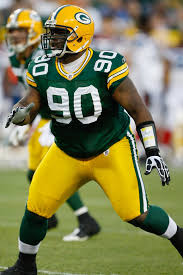 The Packers must find a way to get some pressure on Eli Manning. Without Clay Matthews, that could be a lot harder for them to do. The Packers will have to bring pressure on Eli from any and all angles. Expect Packers defensive coordinator Dom Capers to dip into his bag of tricks without his best pass rusher this game. The Packers must also try and disguise their coverages. If they are able to confuse Eli, then the Giants signal-caller may give them a few chances to make some plays. Nose tackle BJ Raji must be the force that he can be inside. If he is able to disrupt the Giants running game, that will take away even more outlets of pressure from Manning.

As far as the game goes, the Giants will come out pumped up and ready to prove something. They will get after Rodgers early and often. And for the Packers, they will make sure and make life hard for Eli. But in the end, not having the pass rush that they are used to having will hurt the Packers. Eli will eventually make that big play that will break their backs. And then when they make that big play, look for the Giants to salt the game away with the running game.