The Green Bay Packers snatched victory from the jaws of defeat when they last played against Detroit at Ford Field. Well, this time, the Lions are coming to Lambeau to try and spoil the recent success that the Packers have had. The Lions are trying to end a three-game losing skid while the Packers are getting back to their winning ways. Will the Lions end their streak or will the Packers keep it on cruise control? 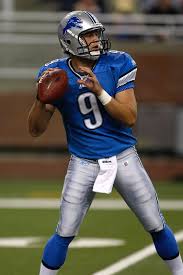 Lions quarterback Matthew Stafford has been playing better of lately. In his last two games, he has thrown four touchdowns to only one interception. Against Green Bay, he must continue to take care of the football and make smart decisions with the football. Stafford must also find his best weapon, wide receiver Calvin Johnson. Megatron is the best receiver in the game and he is a mismatch for anyone that lines up to check him. The more Stafford can find Johnson, the better the Lions will be offensively. Another one of Matt’s targets, Brandon Pettigrew, has to show up. He has been uneven in his performance so far this year, but for the Lions to have a good shot to win this game, he must be the other dependable target for Stafford. One good thing for Stafford that he won’t have to worry about is Clay Matthews. He is still nursing and injury and will not be able to play.

Another focus this game will be the running game of the Lions. So far, the running game has been inconsistent at best. In this game, the Lions need running back Mikel Leshoure to to show up and show up big. If the Lions run game shows up, then the Packers will be on their heels and the Lions will be able to mix up their play-calling a lot more than they have. Ideally, the Lions will need to give Leshoure at least 18 carries. The more he gets the ball, the more clock is eaten up and the less time the Packers offense is on  the field.

For the Packers defensively, they will need to create some pressure on Stafford. With Matthews gone for this game, expect outside linebacker Eric Walden to pick up some of the slack. The former Middle Tennessee State product seems to have a knack for rushing the passer and could be a big problem for the Lions. The more pressure that Stafford sees, the more prone he will be to make a mistake and give the Packers the football. Another player to watch will be nose tackle B.J. Raji. The big man in the middle of the Packers defense has the potential to disrupt any and everything the Lions want to do in the run game. If these two guys play well, it could be time for the Packers to have a pick party courtesy of Matt Stafford.

As good as Stafford as been the last two weeks, Rodgers has been better over the entire season(29 touchdowns, 8 interceptions). Going into this game against the Lions, Rodgers must be licking his chops. He will certainly have opportunities to take advantage of a suspect Lions secondary. But one person he won’t be able to use against them is wide receiver Jordy Nelson(hamstring). In his absence, expect Packers wide receivers Randall Cobb and James Jones to step up and get it done.

But Rodgers must not pass the entire game. Running back Alex Green and the Green Bay running game must show up and make some things happen. The more they are able to run, the more the Packers are able to bring the Lions safeties down into the box. And when that happens, the Lions are at the mercy of Rodgers.

Expect the Lions to come out and lean heavy on their front four. Ndamukong Suh and crew can be very disruptive when they are locked in and ready to play. The better the line plays, the less the Lions cornerbacks can be exposed. Another thing to pay attention to will be the Lions linebackers. At times, they are the barometer of the Lions. The more active they are, the bettter the Lions defense is. And the closer this game will stay.