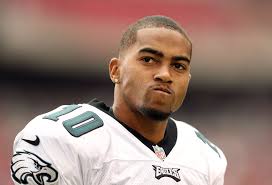 The Philadelphia Eagles have had a pretty miserable season. They have lost their starting quarterback(Michael Vick), their starting tailback(LaSean McCoy) and after last week, it looked like they lost their pride. Well, Vick and McCoy are still out for this week with concussions, but the Eagles do play for their pride on Sunday night as they head to Dallas. The Cowboys are barely hanging on in the playoff picture after losing to the Washington Redskins on Thanksgiving. Pride or the hunger for the playoffs? Which one will it be?

Rookie Nick Foles has stepped into the starting quarterback position for the Eagles. He definitely played better than he did the week prior, but he also did not create any big plays. Heading into Dallas, he will be without the previously mentioned McCoy and he will also be without one of his best receivers, DeSean Jackson. With those two out, expect Foles to look for wide receiver Jeremy Maclin even more than before. The talented receiver must be more consistent in this game in order for the Eagles to be somewhat dynamic in this game through the air.

Bryce Brown will also be big for the Eagles offense. The rookie from Kansas State was excellent except for his case of fumblitis against the Panthers last week. If Brown can hang on to the ball, then he pick up right where he left off last week. But even if he does not have the same performance as last week, he still needs to be effective on the ground. If he is not, then look for the Eagles to be in some serious trouble because Foles would have to throw to beat the Cowboys. And that would mean that he would have to depend on his offensive line, which has been pretty bad, to keep him protected from pass rush supreme DeMarcus Ware. Now that is a scary thing to thinkg about.

Dallas will be looking to recover defensively in this game from the RGIII experience. Look for cornerback Brandon Carr to come out trying to atone for last week’s bad game by taking out his frustrations on the Eagles receivers. If he plays like the number one cornerback the Cowboys paid him to be, then this defense will have a leg up on the Eagles. Also expect the Dallas defense to come out and give Foles different looks. The more looks that they give him, the more things he has to digest and the more the Cowboys can get in his head. 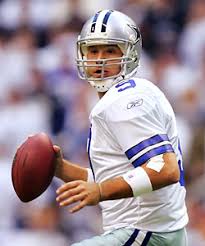 Tony Romo has been playing mistake free for a couple games leading into the Redskins game. But in that game, he more than made up for the mistake-free football he had been playing with two interceptions. Heading into this game, the Cowboys need Romo to flashback to the mistake-free play. He must make smart decisions and not try to make the big play every single time he throws the ball. One of his main weapons that he will be looking for in this game will be wide receiver Dez Bryant. It seemed like Romo and Bryant finally got on the same page for the first time this season on Thanksgiving. Look for them to try and build on that chemistry against a defense that has struggled against the pass. Another receiver that should be able to get open and make some things happen will be tight end Jason Witten. He is Romo’s security blanket and seems to always get open in times of distress.

But Romo cannot carry the team by himself. He will need his offensive line to pave the way for the Cowboys running game. Ever since running back DeMarco Murray went down with an injury against the Ravens, the Cowboys running game has been missing in action. Felix Jones and the rest of the healthy Cowboys running backs must relive some of the pressure on Romo and the passing game. If they do not, then you are then asking Romo to win the game with his arm and recent games suggest that you don’t want to put all the responsibility on him.

The Eagles defense has been terrible this season. They have trouble stopping the run at times and are getting torched in the passing game. For them to even be successful, the Eagles must at least stop the run. If they are able to contain the Cowboys there, then Romo has to throw the ball more. And Romo has shown the propensity to give the other team a few chances to make a play. Now it is just a matter of who or if someone is going to make a play for the Eagles in their back four. But one thing is for sure: cornerback Nnamdi Asomugha and the Philly secondary have to step up this week. If they have any pride, they will come out and play to the level they are capable of.

As far as how this game goes, the main thing will be who is able to establish the run and who will be able to stop the pass the best. And in this game in their home stadium, I believe the Cowboys will have a little fun at the Eagles’ expense.