It’s only September, yet the college basketball season is upon us.

The new rule proposal passed in May allows for teams to begin practice on September 27 or 28th–42 days ahead of their season opener. Many are accustomed to the old October 15 start date, which signaled the beginning of the Midnight Madness tradition. But for the  fans who were waiting to witness one of the most anticipated seasons in recent memory, Friday couldn’t come soon enough.

This means one thing: It’s time to bring out the prediction hats. 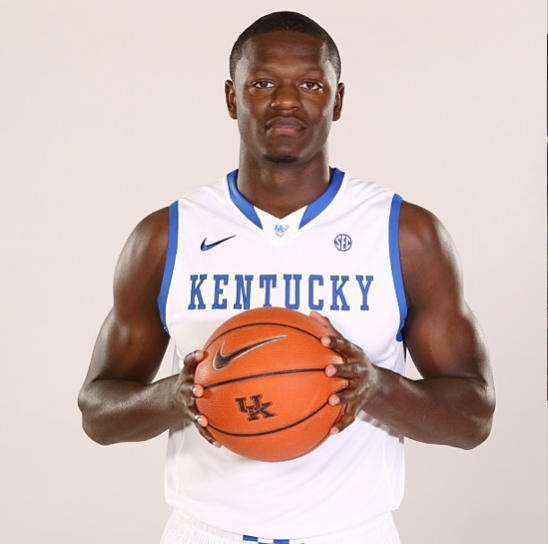 After spending the last two years in the shadow of Andrew Wiggins,  Julius Randle will now make make his case as the best player in the country as a Freshman. As it has often been said, Randle is simply a “matchup- nightmare”. His burly frame and athleticism are enough to allow him to do considerable damage in the paint. Then you factor in his increased range, and it will only give opposing coaches nightmares. With the talented players he has around him, throwing a double team at Randle won’t be as easy a choice as it may seems (Randle has proven in the past that he can pass the ball pretty well when he wants). He’ll also be a force on the boards.

Ah, you thought I was going Kentucky on this one.

Nope, I’m not buying it.

Before the Louisville Cardinals cut down the nets last March, I had two teams as my personal picks to win it all in the 2013-14 season: Michigan State and Duke. Both teams, I thought, had the collective returning talent, the necessary tournament experience, and the coaching to make it deep into the tournament. (The same can be said about this years Louisville team, but it takes a lot to repeat as champions, and I don’t think they’ll pull it off).

This is Coach K’s most talented and athletic team in quite some time. While it will be important for Quinn Cook to lead this team efficiently, it will be the play of a Plumlee (stop me if you’ve heard this one before) that will be key in how far this team can go. If Marshall Plumlee can give the Blue Devils a good 20 minutes a night, the sky is the limit for Duke. Key returning players like Quinn Cook, Rasheed Sulaimon, Tyler Thorton, Josh Hairston, Amile Jefferson, and Andre Dawkins are enough to form a solid rotation. Now you add talented transfer Rodney Hood to the equation,and  that makes it all the more tantalizing. I didn’t even get to the freshmen         (Jabari Parker, Matt Jones, and Semi Ojeleye) who will bring their own skills to this team. The biggest problem for Coach K is figuring how to get all these guys minutes.