In yesterday’s Red Sox-Rays ALDS Game 1 at Fenway, Tampa was cruising through the first three innings and looked like they had a chance to steal home field advantage from Boston. Then the fourth inning began, the Red Sox scored five runs in that frame and never looked back in a dominating 12-2 victory. The offensive outburst was aided by a fielding mistake by Wil Myers in right field. When David Ortiz hit a deep fly ball to right, the rookie (Myers) went back to catch it, but started to make his way back toward the infield when he thought Desmond Jennings had called him off. Jennings had not and the ball bounced into the bullpen for a ground-rule double. A routine play had turned into a major mishap and the Red Sox gained momentum from that. However, this isn’t the first time a fielder made a mistake or error in a postseason game. In the past, errors have changed the course of an entire series or even the entire playoffs.

Despite winning a World Series since then, Cardinals fans are not likely to have forgotten Matt Holliday’s error in the 2009 NLDS against the Dodgers. Owners of  a 2-1 lead in the bottom of the ninth, a 2-2 count with two outs and nobody on, it looked like the Cards were about to even the series at one heading back to St. Louis. James Loney lofted a fly ball into left field towards Holliday (who has a career .984 fielding percentage). Holliday came in and lost the ball in the lights as it hit him in the stomach, allowing Loney to get to second base. Casey Blake walked, Ronnie Belliard drove in pinch-runner Juan Pierre, Russell Martin walked, and Mark Loretta hit a walk-off single. Los Angeles went up 2-0 in the series and swept the Cardinals two days later. Holliday’s error wasn’t the only thing that lost the series for St. Louis, but it was a major factor. 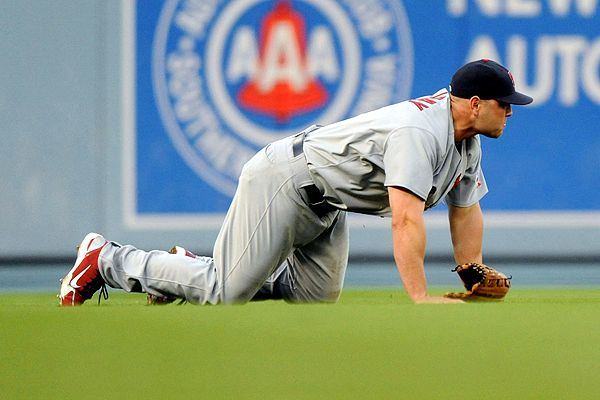 Relief pitcher Jose Mesa is often considered the goat for Cleveland losing the 1997 World Series, but the Marlins would probably not have beat the Indians if not for Tony Fernandez’s crucial error. Fernandez, like Holliday, was an adept fielder, with four Gold Gloves. But in the eleventh inning of Game 7, Fernandez could not field Craig Counsell’s grounder, extending the inning. Counsell ended up scoring the winning run on Edgar Renteria’s single, and the rest was history. The Indians have not been to the Fall Classic since. 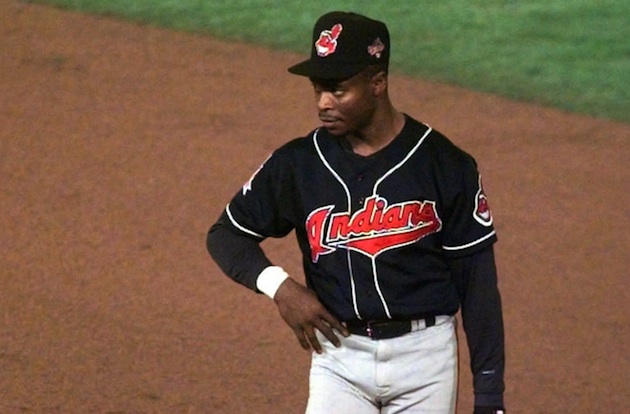 Mariano Rivera is the greatest closer in the history of baseball, but in Game 7 of the 2001 World Series, it was a routine throw to first that started Rivera’s rough night. When Damian Miller of the Diamondbacks attempted a sacrifice bunt, Rivera’s errant throw allowed David Dellucci to go to second. Luis Gonzalez then hit the famous bloop single to win the World Series, and Rivera walked off the mound in disappointment. 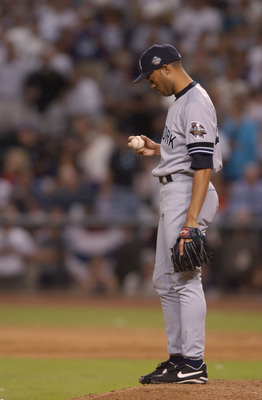 People remember the Bartman play as the reason for the Cubs’ loss in the 2003 NLCS, but it was an extremely uncharacteristic error from Cubs shortstop Alex Gonzalez that made Bartman a goat in the first place. After Moises Alou was unable to catch the foul ball, then-Marlins third baseman Miguel Cabrera hit a grounder towards Gonzalez that looked like a sure double play. Gonzalez fumbled the ball, and Florida scored eight runs in the eighth to win Game 6 and continue the Cubs’ misery with a Game 7 win. It could very well have been the Cubs beating the Yankees in the World Series, but instead it was the fish. In conclusion, fielding mistakes like the one Wil Myers made in yesterday’s Red Sox-Rays game may have been dismissed in the regular season, but in the playoffs they are magnified. One play can ruin a team’s chances of winning the World Series; that’s what makes October baseball like nothing else.