The blockbuster trade this summer between the Boston Bruins and Dallas Stars featured two of the NHL’s best young goal-scorers: Tyler Seguin and Loui Ericksson. The two were compared and analyzed as hockey writers rushed to determine who got the better end of the deal. While Seguin and Ericksson have had good starts with their new clubs (except for Ericksson’s concussion woes), one of the players involved in the deal has also made a big impact: Reilly Smith.

Reilly Smith, a young right winger, had played 40 games in a Dallas Stars uniform and didn’t make much of an impact for them. Three goals and six assists showed his potential, but outside of the Fort Worth area, you’d be hard-pressed to find anyone who knew of him. When the trade went down, he was lumped as a prospect: “Tyler Seguin and prospects traded for Loui Ericksson and prospects.”

But Smith has turned into much more than a prospect. Nine goals and 14 assists later, he’s on the second line alongside Brad Marchand and Patrice Bergeron/David Krejci. In Saturday’s loss at Vancouver, he was the one bright spot, scoring both goals to add to his season total.

December has been good to Smith, as he’s scored four goals and added two assists this month. In the Calgary game last Tuesday, he capped off the third-period rally when he rocketed home the game-winning goal. Smith and David Krejci have been a powerful one-two punch in the last few weeks, and with Patrice Bergeron having a down year, coach Claude Julien has really applauded his young guys for stepping up.

Reilly Smith is projected to have 22 goals and 35 assists this season, 57 points in all. At the beginning of the year, ESPN’s fantasy hockey experts didn’t even give him a projection; he wasn’t even owned in any leagues. All in all he’s been one of the surprises of the season, the Bruins seem to have gotten a steal in the biggest trade of the offseason.

While Reilly Smith is no Seguin, he makes up for Ericksson’s absence and gives the Bruins a much-needed breakout performer on the second line. Boston is currently second in the Eastern Conference; without Smith’s goal scoring, they might not be ahead of Montreal, Tampa or Washington. The name you glanced over in July is becoming a name to remember in Beantown. 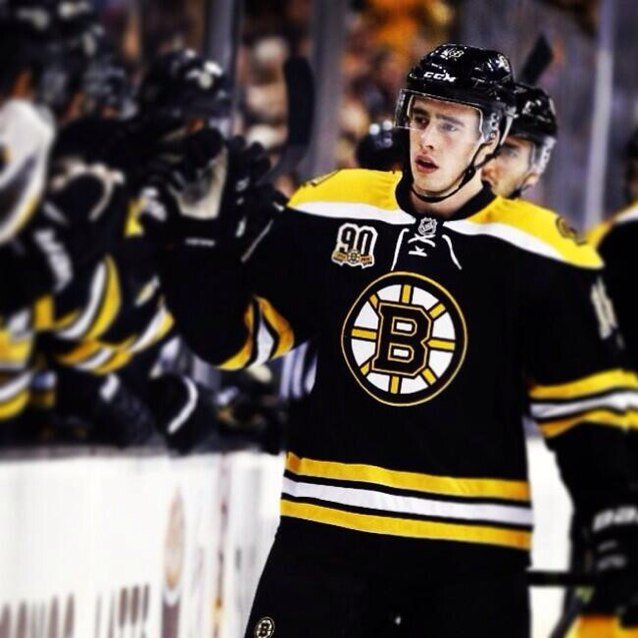