The final title game of the BCS era is tonight! While that’s one reason to celebrate (bring on the College Football Playoff), the actual game we are about to watch is another. It’s the undefeated Florida State Seminoles against the Cinderella team, the Auburn Tigers. Will the clock finally strike midnight on the SEC conference’s dynasty, or will the miracles continue for the Tigers? Let’s break it down!

I’d rather have… Fisher, but not by a landslide. Malzahn’s story is incredible, from coaching a high school team to coaching in the national championship game in his first year in the big-time. He’s going to have his team extremely prepared, but Jimbo Fisher has the experience of coaching in a big bowl game after winning the Orange Bowl last season. With two brilliant coaches like the two coaching tonight in Pasadena, experience is the deciding factor.

The clock has hit midnight on Cinderella. Auburn had an incredible run and the Chris Davis return will be replayed for generations to come, but Florida State is just too powerful on both sides of the ball. Auburn’s defense isn’t exactly fearsome, and as long as Jameis Winston comes out composed there’s no way Florida State won’t carve them up. It’ll be a shootout, but Gus Malzahn’s team won’t have the horses to keep up with the Noles in the second half. The BCS era will end with the end of the SEC’s reign atop the college football world. Florida State 41, Auburn 28 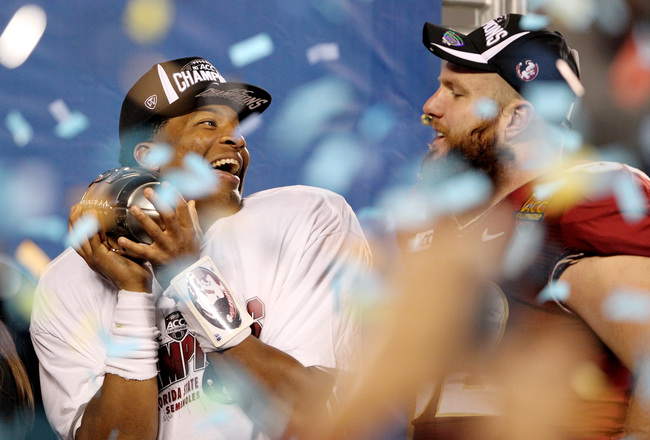