In Super Bowls, much of the attention is placed on the quarterbacks. After all, they are usually the most recognizable players on their teams and the most likely to win Super Bowl MVP honors.

This Super Bowl is no exception. Broncos quarterback Peyton Manning and Seahawks quarterback Russell Wilson will be analyzed and discussed for the next two weeks, with debates raging about who will lead their team to victory. However, unlike many Super Bowls, these two signal-callers could not be much more different. From playing styles to backstories, the two are from different sides of the tracks, but they’ve ended up in the same place: East Rutherford for the Super Bowl. The opposite styles will make for a very interesting football game.

First, the obvious: Peyton Manning is a pocket passer, and Russell Wilson is a dual-threat, athletic quarterback. Manning only has 32 rushing attempts this season, while Wilson has rushed the ball 96 times for 539 yards. The difference in mobility will definitely be something to watch, as Wilson will obviously be able to scramble for 10 or 20 yards if he needs it, while Manning will be very reluctant to run in open space against Seattle’s speedy defense.

The two had very different draft stories as well. Peyton Manning was the number one overall pick in the 1998 NFL Draft and agreed to a $48 million rookie contract with the Indianapolis Colts. Russell Wilson had to wait until the third round to be picked by the Seattle Seahawks at pick 75, signing a $3 million rookie contract he is still playing under. Wilson’s slide to pick 75 was recently mentioned in Eminem’s song “The Monster.” 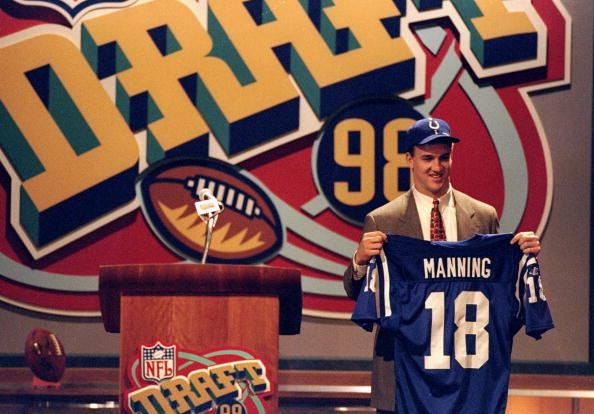 The Manning family is football royalty. Peyton’s father, Archie Manning, had a 13-year career as an NFL quarterback, playing most of his career in New Orleans. His older brother Cooper was a prolific high school quarterback who would have played at Ole Miss if not for spinal stenosis ending his career, and his younger brother Eli is a two-time Super Bowl champion with the New York Giants. No other family can boast the same amount of skill at the quarterback position. Russell Wilson’s family is not full of famous NFL players, but he has a very athletic family as well. His father was on the San Diego Chargers practice squad in 1980, his brother played football and baseball at Richmond, and his sister Anna is one of the most highly-touted high school basketball players in the country with a verbal commitment to Stanford. While the Wilson family isn’t full of NFL quarterbacks, they hold their own. 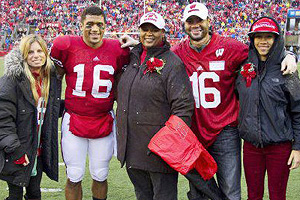 Finally, a changing of the guard may take place on Super Sunday. This QB matchup represents the legend versus the future of the league. As the NFL becomes more of a dual-option league, it’s clear that the “young guns” are ready to take the torch from the older, pocket passers. If Russell Wilson can wreak havoc all over Denver’s defense, beat Peyton Manning and hold up the Lombardi Trophy as Super Bowl champion, it’ll be a huge message sent to the rest of the league that the future is now. Once the players step between the white lines, backstories don’t mean anything anymore. What matters is which signal-caller can execute the offense more effectively and lead their team to the promised land.